Overview – Bob Hurt proposes two Amendments that right terrible wrongs the Seven Deadly Amendments have done to the American Republic. I write this in response to Alex Newman’s article in The New American.

Thank you, Alex Newman, for echoing thinking Americans’ sentiments that Government officers routinely shuck off the chains of the Constitutions which should, but don’t, bind their consciences and behaviors to the ideals of good government.

Thank you also for pointing out the common sense reason for shunning a Constitutional Convention in the present political climate: today’s legislators would pervert it into a document worse than the present one.

Heed me now as I warn the nation that its citizens desperately need an amendment activity to correct the great wrongs Congress and the State Legislatures did in that once great document of responsible liberty.

To put it plainly, certain amendments now comprise a framework for destroying the nation by destroyed the responsibility prerequisite to liberty. I enumerate them as follows:

1. The 13th Amendment’s proscription of involuntary servitude prohibits enslavement of those incapable of sufficiently rational thought to exercise reasonably prudent control over their lives without harming or draining sustenance from others. It should not, for reasons that should have become obvious even to imbeciles. An IQ test should suffice to determine such capability. The irresponsible and utterly stupid need constant supervision, as the street crimes and welfare rolls of America demonstrate with crystal clarity.

The stupid and irresponsible should not have the liberty to run around loose and unsupervised. This principle applies to 80 million people, a quarter of the population – 35 million Caucasians, 25 million non-white Hispanics, and 20 million Negroes, all of whom have IQ below 85, the level needed to graduate from a normal high school. They require inordinate effort to educate and train, they have low value of productivity, they make reliably and notoriously wrong decisions and actions. They gravitate to crime and welfare abuse to get by in life, effectively mugging the rest of society throughout their lives, they procreate stupid children, and no known cure exists for their own stupidity.

2. The 14th Amendment prevents Congress from questioning the validity of the national debt even when Congress should repudiate all such debt incurred in any effort other than a war vital to protecting inhabitants from foreign invasion. Furthermore, courts interpret its due process application as pertinent only to preventing racial oppression, and not to protecting the civil rights of all Americans.

3. The 15th Amendment granting of voting rights to Negroes did not also require them to demonstrate knowledge of the Constitution or any kind of civil responsibility. Half the US Negro population lacks the cognitive ability to graduate from a normal high school. Why on earth should such people vote who cannot graduate from high school? That Amendment should have imposed an IQ, knowledge, and responsibility requirement for all voters.

4. The 16th Amendment, a model of insanity, appears to Government thugs as authorizing a direct income tax without apportionment, and that lets those thugs send IRS agents into homes and businesses to steal their resources people directly. The founders never intended such nonsense.

5. The 17th Amendment, a model of insanity, destroyed the power of State Legislatures to have a say in the Federal government, thus making a farce of the term “United States of America.” Electing US Senators by popular vote in the respective states has destroyed representation of the State governments in Congress.

6. The 19th Amendment giving women the right to vote did not impose any obligation of responsibility, knowledge, or IQ upon them as a prerequisite. It simply makes no sense to give voting rights to creatures who have traded sexual favors for security throughout most of the past million years, and who subsist largely on that activity today.

7. The 26th Amendment giving CHILDREN under 21 the right to vote constitutes a model of insanity. Insurance actuaries have proven with traffic accident statistics that people under 25 cause most of the car crashes, and science has shown that the brain has not developed fully until a typical human reaches the age of 25. It seems insane to allow people with undeveloped brains to vote, particularly without mandating intelligence, knowledge, and responsibility testing as a prerequisite.

Kindly recall, if you ever learned it before, that the American colonies and Several States during the 18th Century ALL allowed only free, landed Caucasian men to vote. That constituted an intelligence and responsibility prerequisite to suffrage, for one must have a good work ethic and a measure of perspicacity in order to amass wealth sufficient for the acquisition of land.

I could address numerous other faults in the Constitution. However, I have made my point without doing so. I have shown how an array of Amendments have gutted common sense and responsibility from government by destroying the quality of the electorate.

In summary, sophomoric amendments have deprived the State Legislatures of their voting power in the US Senate, and handed liberty and suffrage to the irresponsible, ignorant, dependent, non-productive, gullible, and stupid with NO requirement that they demonstrate any responsibility or good sense in order to vote and run around loose.

THAT and that alone explains why the USA will NEVER have a balanced budget amendment, AND why Congress will waste money on projects that benefit the stupid and irresponsible who enjoy voting rights, AND why such derelict spendthrifts manage to find their way into government at all.

That also explains why the stupid and irresponsible procreate and immigrate without restraint: elected and appointed officials want as many of those in the voter base as possible so that such voters will retain them in office for decade after profligate decade.

It also explains why a Constitutional Convention will wreak havoc, further empowering the irresponsible and stupid while hamstringing the intelligent, educated, and productive into servitude to the wastrels of American and foreign societies.

As anyone with an eye and ear knows, the above-cited Amendments have enslaved the so-called middle class to the stupid and irresponsible through taxation. And government has become ever more overbearing, militarizing local police forces in order to control the stupid and irresponsible who never should have run loose to begin with, turning the streets of American cities into both riot zones and virtual prisons where the responsible now fear to tread.

For the above reasons, I propose a legislative sneak attack. Sensible Americans should push mightily for two new amendments:

a. All citizens and non-citizens shall take and pass a 100-question Constitution Competency test on state and federal constitutions with 80% correct answers, and swear or affirm a “loyalty oath” to support, protect, and defend the ideals of good government and constitutions codifying them, as prerequisites to graduating from high school, registering to vote, and qualifying for municipal, county, state, or federal government employment, election, or appointment.

b. Secretaries of State shall retain qualification tests, scores, and other qualification credentials for public employment, and make them available for public inspection free via easily accessible web site.

c. Betrayal of the public trust as evidenced by violation of the oath in public employment, to which two registered voters shall bear witness under oath and subject to cross examination in a court of competent jurisdiction, constitutes a public hanging offense without exception.

d. The Legislature shall enact such laws as necessary to enforce the provisions of this Amendment.

a. Every federal judicial district and every county, or its equivalent, in every USA State and territorial possession shall have a continuously empaneled Grand Jury with 25 members who shall remain members no less than two years.

b. Judges and prosecutors shall not interfere with the empaneling or deliberation of jurors.

c. The Clerk of Courts shall by lottery select jurors from registered voters over the age of 25, gainfully employed, not receiving government subsistence, and having a high school diploma, with preference going to those with experience serving in the US or state military and to those having a college associate or higher degree.

d. Grand jurors shall investigate all capitol and felony crimes on information from prosecutors or on evidence from the populace.

e. Local sheriffs and marshals shall accommodate the process of delivering evidence to the Grand Jury and provide protection for witnesses, jurors, and information providers.

f. Grand jurors shall elect their own foreperson.

g. The Grand Jury and may order a special prosecutor and tribunal to hear any case regarding racketeering or other malfeasance by public employees.

h. Grand jurors shall receive the same compensation as entry-level prosecutors in the jurisdiction.

i. Government shall not fail timely to prosecute public employees for whom the Grand Jury has issued a presentment or true bill of indictment.

j. Congress shall enact such legislation as necessary to enforce the provisions of this Amendment.

I realize that my comments lack political correctness, and that they might seem to cast certain classes of people in a negative light. To you who feel offended I apologize and tell you to buck up and put on your game face. I insist on discussing requirements for advancing civilization forthrightly and without undue regard for hurt feelings. We got into this mess by mollycoddling the irresponsible and insipid. We cannot get out of it without bending a few oversensitive feelings. 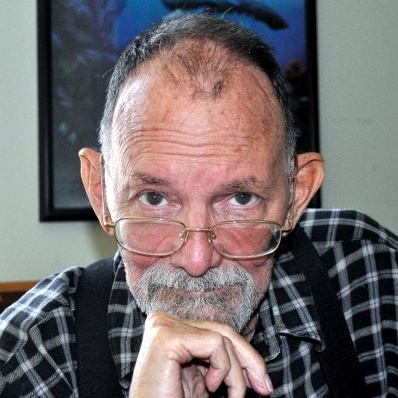 See http://bobhurt.com Consumer advocate helping borrowers in foreclosure save their homes and obtain compensation for their injuries. View all posts by Bob Hurt